A female custody officer who was assaulted outside a court while preparing to escort a prisoner between the court and a van parked outside in central London has died.

Lorraine Barwell, 54, was the first prisoner custody officer to die while on duty as she escorted a prisoner from Blackfriars Crown Court to a van.  She was working with Serco, an outsourcing company, contracted by the government to provide security services.  She was critically injured during an assault by Humphrey Burke, 22, who was to appear at Camberwell Green Magistrates’ Court on Wednesday.  The victim was treated by doctors of London Air Ambulance team before being taken to an east London hospital.  She remained in a critical condition after the incident and later on succumbed to her injuries.

Mr Gove, Justice Secretary reflected Ms Barwell as a courageous and dedicated prisoner custody officer who had delivered a vital public service for more than a decade.  He further added that Ministry of Justice would provide assistance to the police investigation.  Serco group chief executive Rupert Soames said the company was shocked to hear about Ms Barwell’s death and they would review the incident to find out how it occurred. 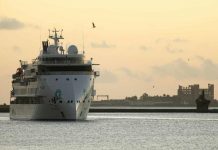 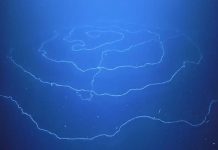 [Watch] How A Long Stringy Creature Captures the Ocean! 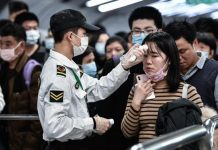 mfame editor - August 14, 2019
0
Ship Berthing incidents is a potential concern for the shipping industry, yet nobody is fully aware of how to tackle it. To counter this,...

Mfame Team - August 30, 2018
0
A replaceable cylinder which fits into a cylinder block. Did you subscribe for our daily newsletter? It’s Free! Click here to Subscribe! Source: Wartsila

Mfame Team - June 21, 2018
0
Indian authorities have managed to drop an anchor from the ill-fated general cargo vessel 'SSL Kolkata', which had been on fire in the last...

[Watch] A Dive on the Wreck of the Schiedam

Mfame Team - November 19, 2018
0
The Schiedam was wrecked in 1684 off the coast of Cornwall while carrying arms, tools and other goods from Tangier in North Africa to...

[Watch] How To Load Bunker on Ships?

mfame editor - October 16, 2019
0
﻿﻿﻿﻿﻿﻿ The animation published in The American Club provides a summary of best practices that should be applied during the loading of bunker onboard ship. Disclaimer:...
Powered by Pojo Software Pvt.Ltd
This website uses cookies to improve your experience. We'll assume you're ok with this, but you can opt-out if you wish.Accept Read More
Privacy & Cookies Policy
Necessary Always Enabled